What is OYO Rooms?

OYO Rooms is an hospitality chain of franchised hotels, rooms and living spaces across the globe. OYO Rooms was founded in the year 2013. When OYO was initially started it was consisted mostly of budget hotels.

Later, this startup scaled internationally with thousands of hotels, vacation spaces and millions of rooms all over the world in countries like India, China, Brazil, Japan, United States and 80+ more. 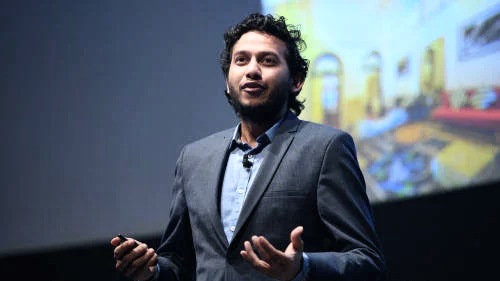 Ritesh Agarwal is an Indian entrepreneur, he is the founder and CEO of OYO Rooms. He used to travel across India from the age of 17. Ritesh stayed in more than 100 hotels at that age and realized that there is a scarcity of quality hotels in the budget range of common people.

He is known as the world's second youngest billionaire after Kylie Jenner. However, Forbes or Business Insider never listed him as a Billionaire yet.

How was the Early Life of Ritesh Agarwal?

Ritesh Agarwal was born in Bissam Cuttack town in the Rayagada district, within the state of Odisha, India. But he was raised in Titilagarh town in the same state.

Ritesh Agarwal's family used to own a small shop in Southern Odisha. At the age of 13, he used to sell SIM cards. He was graduated from St. Johns Senior Secondary School and moved to Delhi in the year 2011 for his college studies. He dropped out of his college and in 2013, he was selected for Thiel Fellowship 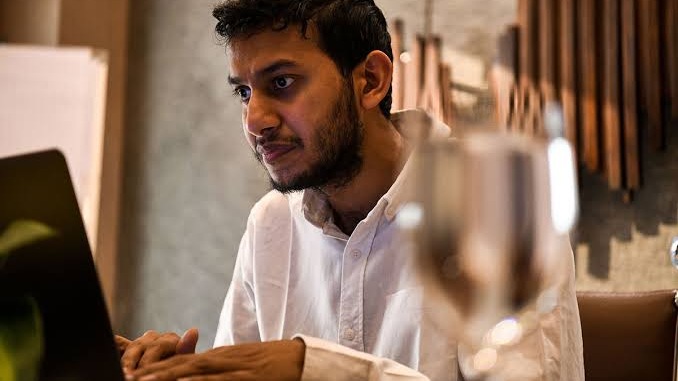 Ritesh Agarwal in his late-teens, launched Oravel Stays, an online portal for vacation rentals. Later, he realized the world is competitive and he was not the only one who can make reservation site.

– Agarwal told in an interview

Even if the platform collapsed, Agarwal maintained good relationship he had formed with hotel owners.

Luckily, His early efforts did not go waste and landed him a Thiel Fellowship, a two-year program from PayPal co-founder Peter Thiel.

This Fellowship grants only 20 teenage entrepreneurs $100,000 and the mentorship of trailblazers like Mark Zuckerberg of Facebook and Elon Musk of SpaceX and Tesla motors.

The condition for this grant was that recipients could not be students at a traditional college.

“This is great; you get paid not to go to university,”

– Agarwal recalled in an interview

At the age of 19, he moved to California and spent more than one year learning from Peter Thiel and other experts, He learned two important lessons from there to apply in the business world: Think big and don’t be afraid to innovate.

In 2013, when Ritesh Agarwal was in California, he founded a company. This company is to help manage a hotel owned by an person in India, he had worked through Oravel Stays.

This hotel is located in the New Delhi, later renamed as OYO. Improved the rooms and reached out to budget-minded travelers, who were searching for hotel reservations online. This boosted the hotel’s occupancy rates from 19% to 90% in its first month itself. 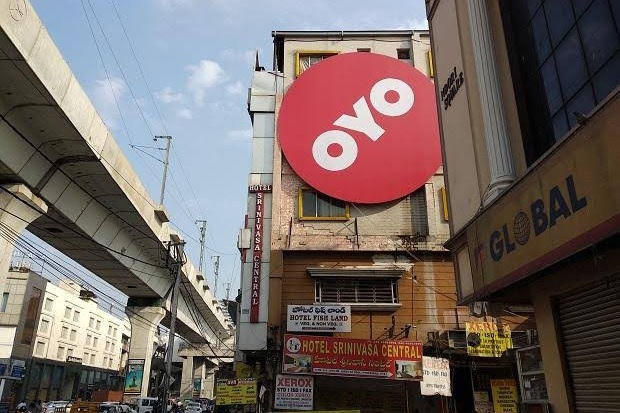 After returning to India, Ritesh Agarwal was excited to put his new knowledge and experience into action. He started reaching to small hotel owners he had worked with through Oravel Stays. He noticed that there were so many small-scale hotels all over the world with fewer than 150 rooms.

He didn’t see many entrepreneurs looking to turn these small properties into “quality experiences for common people.” He realized that OYO could grow from single property to handful of hotels. The concept for the brand was simple and straightforward.

“An equilibrium of quality, location and price is what required for building the right kind of hotel chain”

He figured out, that by smartly updating the interiors, optimizing services and setting the dynamic pricing, the hotel could make both the guest and the owner happy.

Agarwal put his own experiences visiting hotels into work, focusing on what details guests cared about most at each price point. For example, asset owners might invest significant funds in getting a chandelier, but at the expense of a quality breakfast.

How did OYO got Succeed?

Agarwal’s knowledge in technology helped him market his brand to a larger audience.

“We used great interior design, which inspired people to come into the hotels, updated the rooms in a way that consumer ratings were the most important factors that we cared about.”

– Agarwal in an interview

Ritesh Agarwal also had improved the pricing model of OYO for budget friendly customers. OYO team used to adjust rates for 1 million guestrooms more than 50 million times each day, by his estimates.

In the back end, OYO has connected all asset’s staff. E g.- the brand has a dedicated app that lets staff of the hotel know which room needs to be serviced. They tracked how much time the housekeeper spent cleaning the rooms and how clean the guest has reviewed the room to be to the management.

“If they clean it quickly and got a five-star feedback, they could get paid up to 25% more... And if he or she gets paid more, we can hire less. We don't need to hire as many people because ... they are incentivized to be more efficient because they get paid more.”

What is the Business Model of OYO?

Oyo initially started as a hotel aggregator and used to lease hotel rooms and rent them under its brand name. Later, it changed its business model from the aggregator model to the franchise model. It includes partnering with hotels and asking them to work as a franchise, and rent their rooms to customers at reasonable prices.

• What does the franchise model mean in the hotel space?

Oyo will not buy and own hotel rooms that are listed on their site. Instead of that, Oyo renovates the hotel rooms according to its criteria of standard services, and make the hotel room a part of “standardized budget hotel chain” with Oyo’s branding.

Business model of OYO is unique and different from other companies in hospitality sector, because of it's standardized quality services. It strongly focuses on user experience, instead of only room availability and low prices.

How does Oyo make money?

How Oyo managed to get Funding?

“None of them thought we would grow this quickly. The first one came when we were two buildings strong,"

With the help of new funds, Oyo started expanding its wings to all directions. Oyo Homes got attention of home-sharing giant Airbnb. which may have invested a rumored of $150 million in the company over the last few years.

How does OYO scaled it's business?

After Oyo got spread all over the India, it started expanding rapidly in China with about 500,000 rooms across more than 10,000 hotels, the Middle East, Europe and also 85 hotels in the United Kingdom.

“Our Europe revenues are roughly 20 percent of our company now,”

After this, it helped the company to easily enter it's root in the United States this year. As of June 2021, the company already had 68 hotels in more than 40 American cities.

Ritesh Agarwal estimates that Oyo is opening a hotel per day in the United States. Now the company has a growing presence on the American landscape. Therefore, Oyo plans to invest $300 million for development in the U.S. for upcoming years.

What are the Challenges faced by OYO Rooms?

Despite many struggles, This Startup Oyo got successful and success story of its journey is an inspiration for many small startups in India. Oyo has expanded its horizons beyond the bounds of India as well as just hotels. At the moment, Oyo is one of the India’s most gifted startups. Ritesh Agarwal has 30% of the profits of Oyo Rooms.

Is Oyo an Indian startup?

Oyo is an Indian startup and is founded by Ritesh Agarwal in 2013. Oyo today is one of the world's biggest chain of hotels, homes and spaces.

What is full form of OYO?

OYO: On Your Own

The full form of OYO is "On Your Own".

Who is the Owner of Oyo Rooms?

How does Oyo make money?

Is Oyo Rooms a unicorn?

Oyo Rooms is a Unicorn startup from India and is owned by Ritesh Agarwal. Ritesh is Founder and CEO of Oyo Rooms.

Is OYO a Chinese company?

Oyo is not a Chinese company, it is an Indian startup company founded by Ritesh Agarwal. But, Oyo does have its business in china and many other countries.

Top 100 Most Successful Startups in Bangalore